Sculpture would be the embodiment of places. Places, in preserving and opening a region, hold something free gathering around them which grants the tarrying of things under consideration of a dwelling for man in the midst of things.

compliment in the midst of things.

no cover has fallen from the skies.

this, barely here – nor there,

is table and bed at the same moment.

crocheted from the inside

out over the edge – spirally with a central thread to spain.

the cover builds the ground –

appears like a patch, a rounded thing – one untearable work.

two women show up in the form of a cover.

open to any direction. without a cover there is no

hospitality. everyone connected to it,

is in the right frame. there is no

danger, one is aware. the actors

of the play reveal beauty through the reckoning.

In the film »I guess you don‘t me 01« by Ana Baumgart and Ina Schoof, a blanket plays the leading part. Even before Ana and Ina had become aware of what and how they would be filming, they crocheted. The blanket is the central thread of the film. The ladies love handwork, like Penelope, the wife of Ulysses.

For many years, Penelope had been weaving in her home coun- try, longing for more space, enlarging her carpet – towards Ulysses. As long as she weaves her fidelity into the carpet –no suitor will touch her. Her thread does not break.

The incessant creation of the artists Ana Baumgart and Ina Schoof shapes the space. The blanket marks – location. This location invites us to intensify it.

The roundness appears as something open, tent and market at the same time. One dances, sleeps, plays on and under the cloth. The blanket forms the centre of occurrences, a tool, a communicator, a screen onto which the various yearnings of all those, who pass it, are projected.

At the end of these encounters, the artists sent the central thread to NASA, asking them to thread the good piece further into another orbit of the universe.

(the author dissociates itself from the English translation) 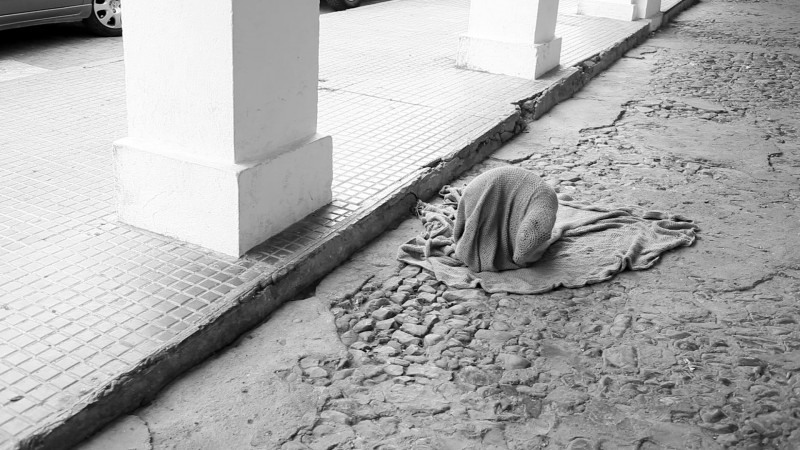 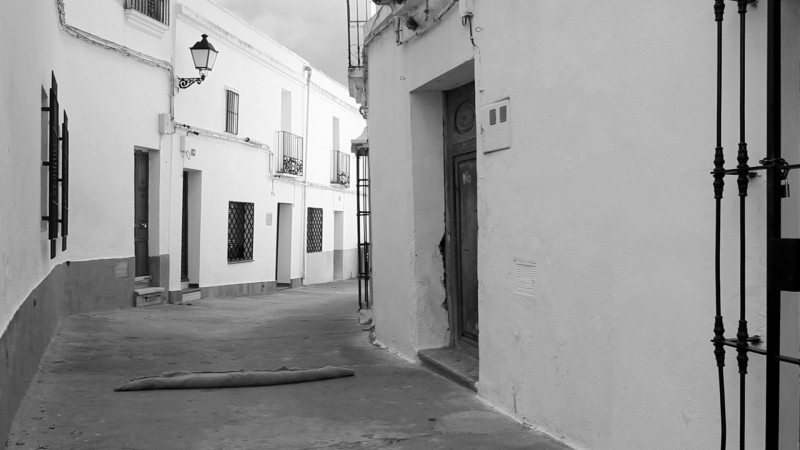 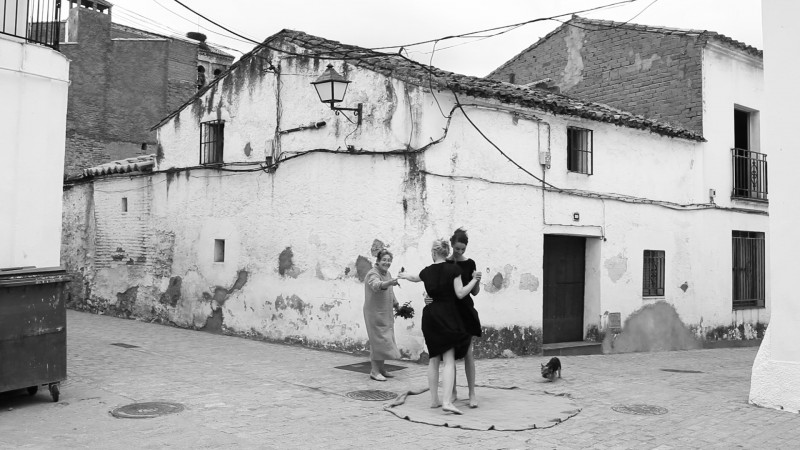 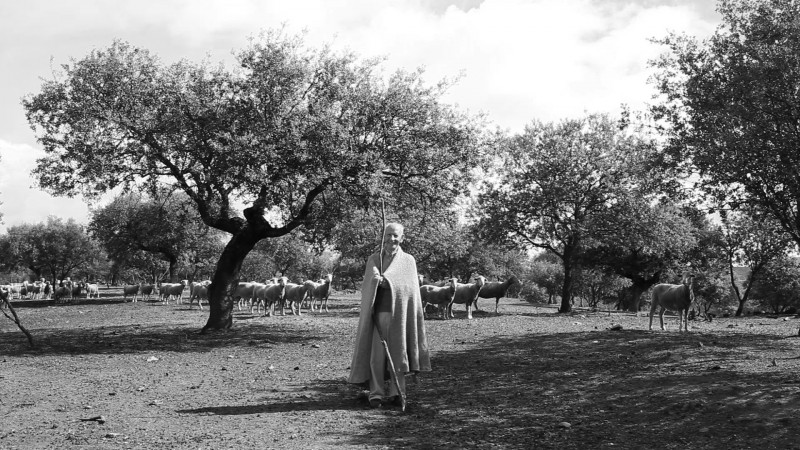 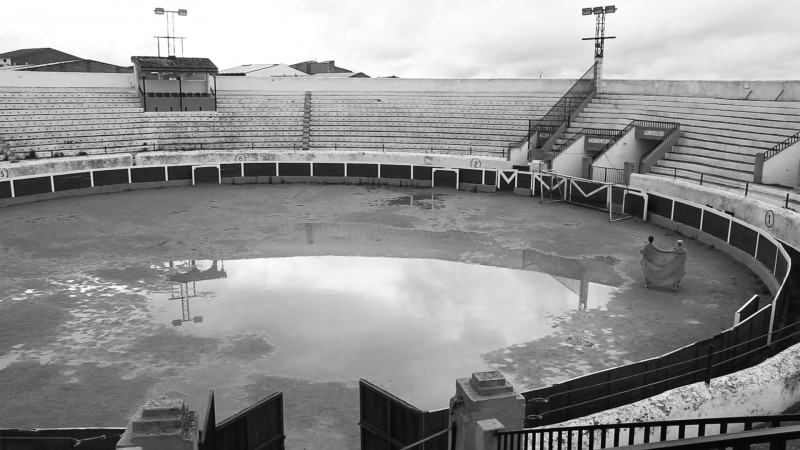 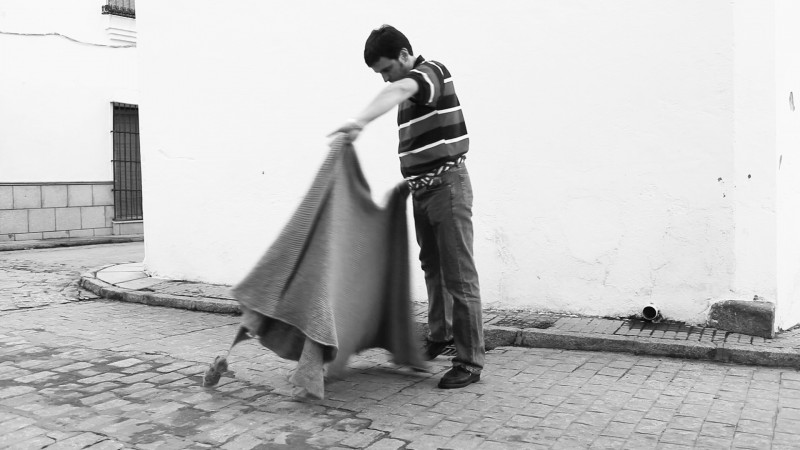 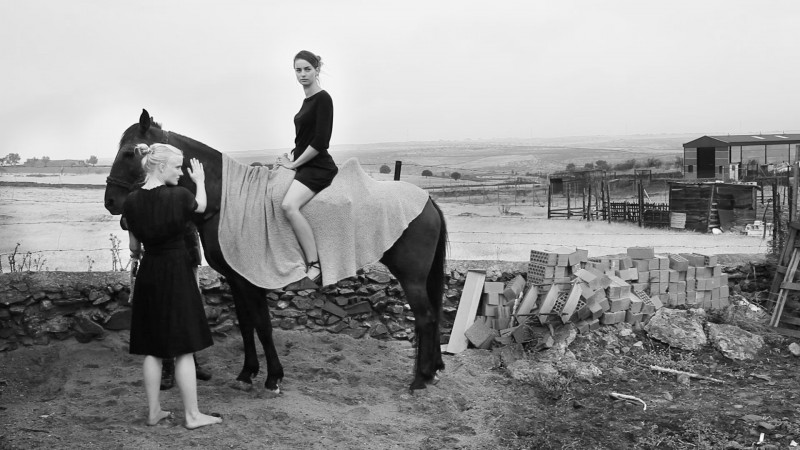