Somewhere in the Saharan desert, two young women ride on the backs of motorbikes driven by dark Moroccan men. This is not the picture of romantic freewheeling exotic experience that it sounds. The bikes travel round and round a tight circle, at the center of which tumbles and twists a large white net, part fishing device, part children’s crawling tube. The women, who knot- ted the net themselves, drag it around between them. They are Ana Baumgart and Ina Schoof, and in »I guess you don’t know me 05,« they spent eleven days in an endless expanse of sand doing something not at all like the site-specific land art of past desert-bound artists. Their gestures look whimsical at first, but eventually the crackling audio of the two-channel video presentation becomes impossible to ignore, its buzzing more ominous than the mere drone of an engine. The light absurdity of their game darkens with each distortion of the net. In a vast landscape of sand and not much else, mirage transforms the inanimate into the animate, the playful into the sinister, a net into something tortured and left to ruin. 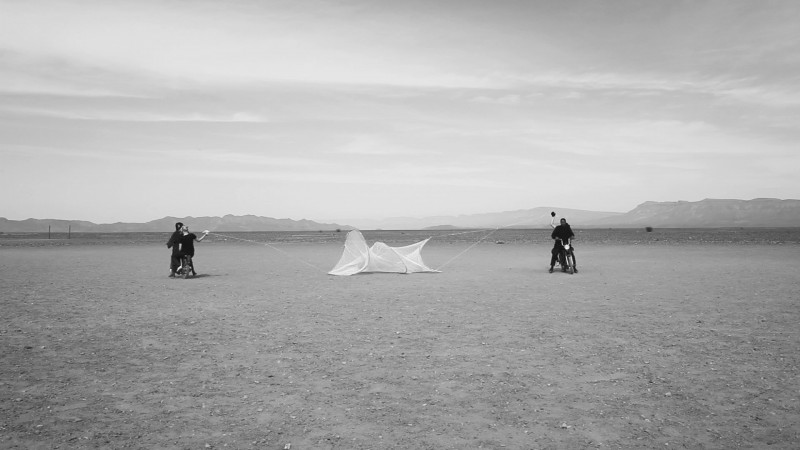 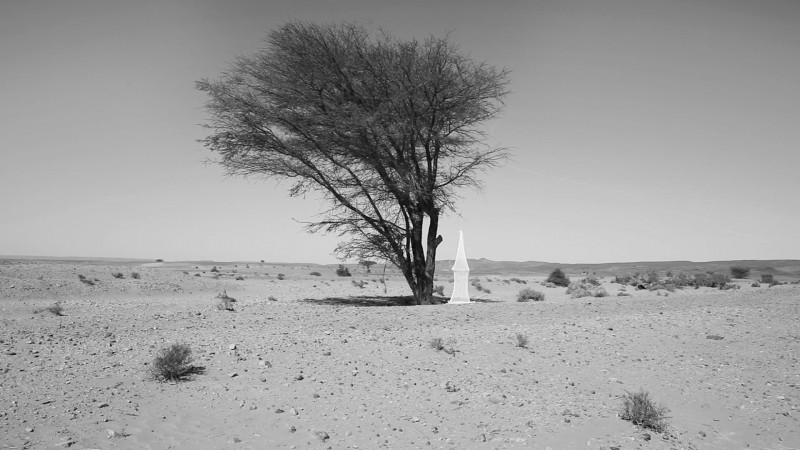 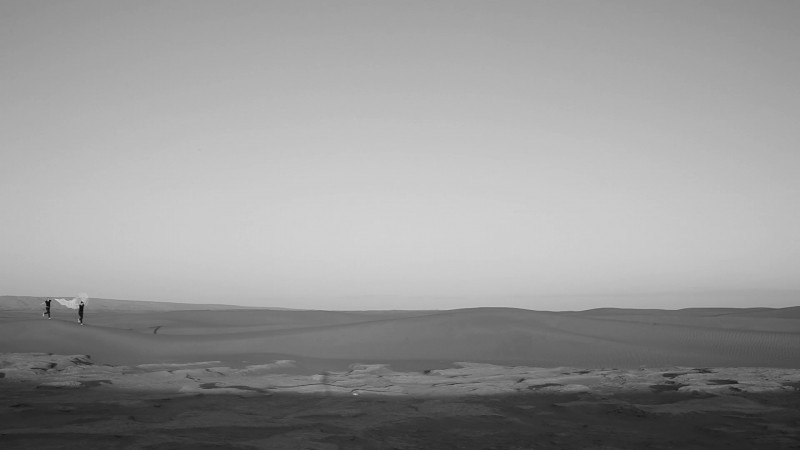 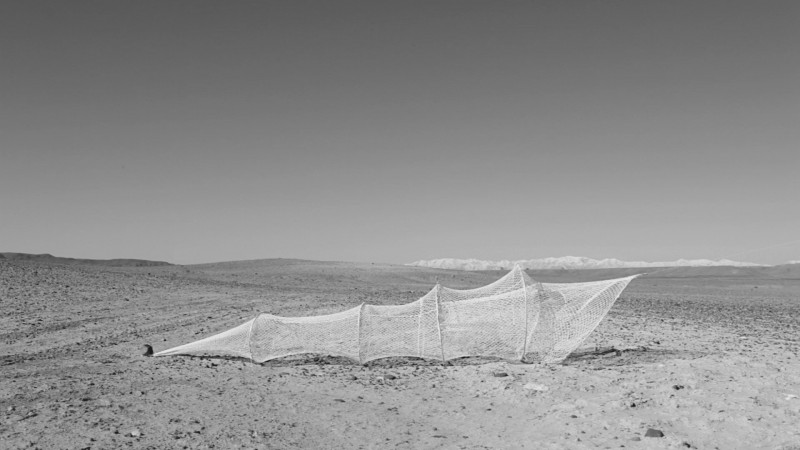 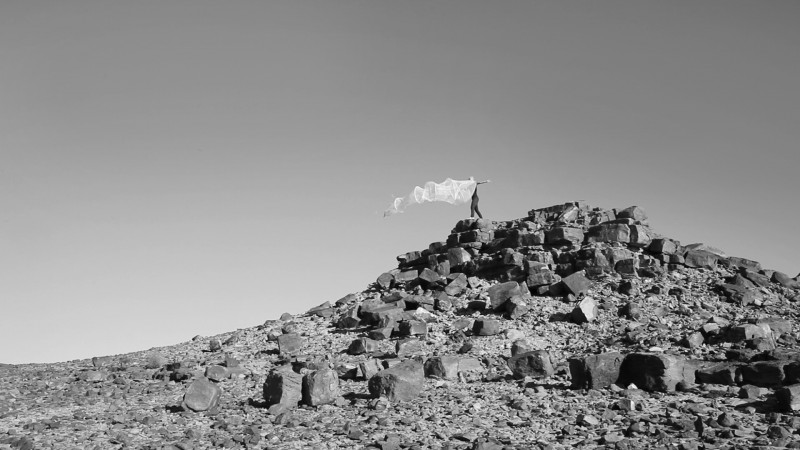 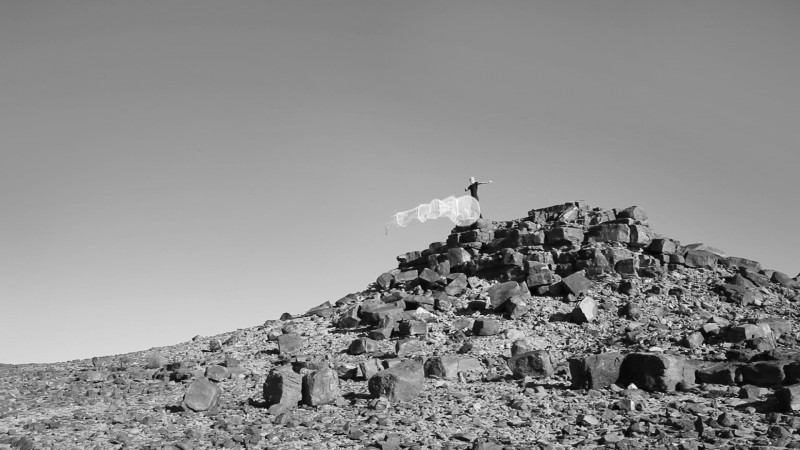 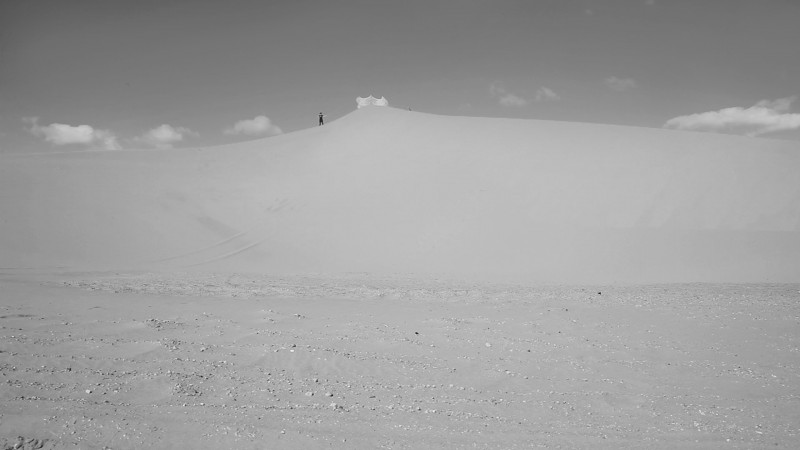