"on the fragilities of borders"

Taking Willy Brandt’s deeply symbolic Kniefall von Warschau - the politician’s genuflection in front of the memorial for the victims of the Warsaw Ghetto Uprising – as a starting point, Ana Baumgart and Ina Schoof engage with contemporary political gestures in their video art “on fragilities of borders”.

Political gestures require an audience and acceptance. Inherent in a gesture are encounters, a coming together which demands proximity, yet borders remain – or are drawn. In their imitation of well-known, often iconic political gestures, Baumgart and Schoof create uncertainty: they abstract and personalise, reconstruct and deconstruct, depoliticise and repoliticise the original. They replace and overwrite the gestures’ original images with their own. Baumgart and Schoof reinterpret contemporary history and bring it into the present. The original political dimensions are augmented by further sensory layers – aesthetic, societal, personal. The political gestures are freed from their clear message and one-dimensional intention; ambiguity abounds.

The encounters inherent in these gestures can be understood as a personal coming together of two individuals. The two female protagonists, however, clothed in black and white with their matching raised flags, can represent the group, the community, the society or the state. The supposedly political becomes personal, the supposedly personal becomes political.

Whilst most political gestures are given a decidedly male connotation by their historical protagonists, Baumgart and Schoof create a female perspective. By adapting the male associated gestures, the images could be making a feminist statement of representation and participation, that may be viewed as female empowerment.

The proximity and distance between the (female) protagonists shift with every gesture. The only constant seems to be a respectful interaction, an innately respectful togetherness. A contrast to the flags billowing in the wind, and the supposedly aggressive running towards each other of two opponents. The (female) protagonists act alone in a barren concrete wasteland or on the beach in front of the elemental force of the sea. Together they stand, each for themselves, with neither shelter nor orientation offered by surrounding buildings or even people.

Even the sound, defamiliarised in post-production, confuses and, together with sequences of silence, evokes an impression of isolation, distance, disquiet and restlessness. This impression is reinforced by the spoken segments, in which the (female) protagonists call out to each other barely recognizable fragments of famous contemporary political speeches. One is reminded of the stylistic devices of electronic music, of cuts, re-mixes and edits.

The sonic and visual elements do not create a harmonious, agreeable whole. Confusion reigns, the observer is left with questions and doubt. Ambivalence proves to be the constant. Scenes of supposedly positive communication and a respectful coming together stand alongside scenes of miscommunication, underlying aggression and divergence. The outcome of these encounters, a result of gestures and speeches, remains open to interpretation. 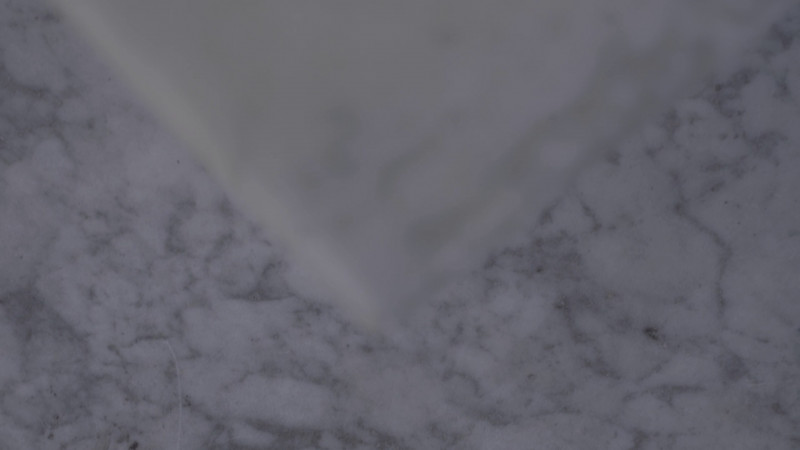 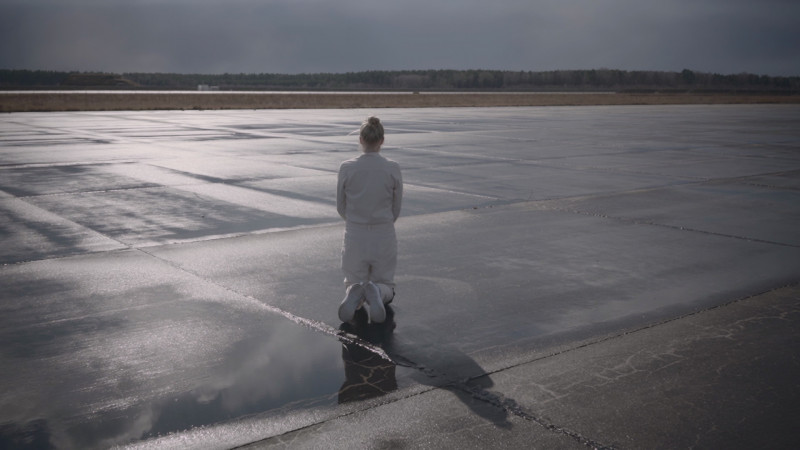 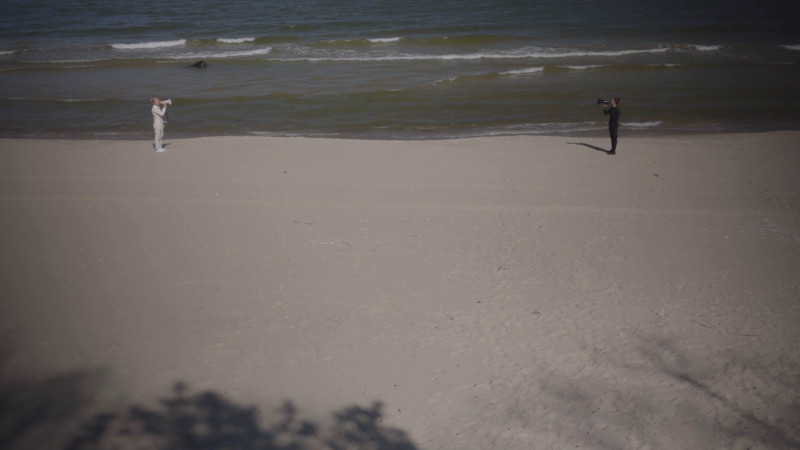 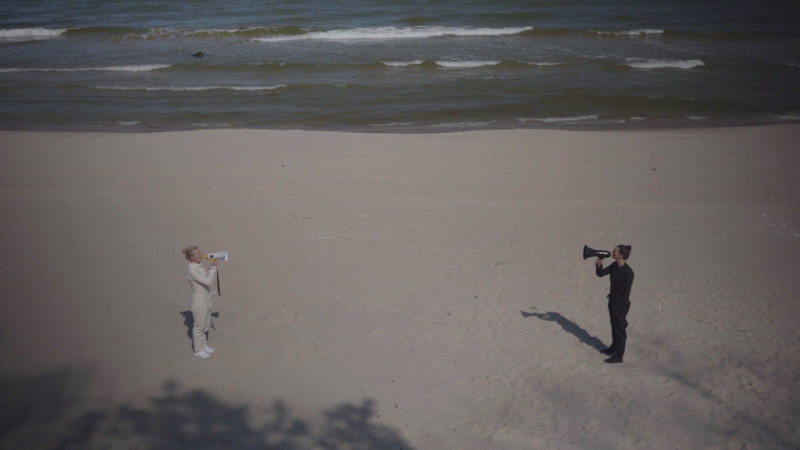 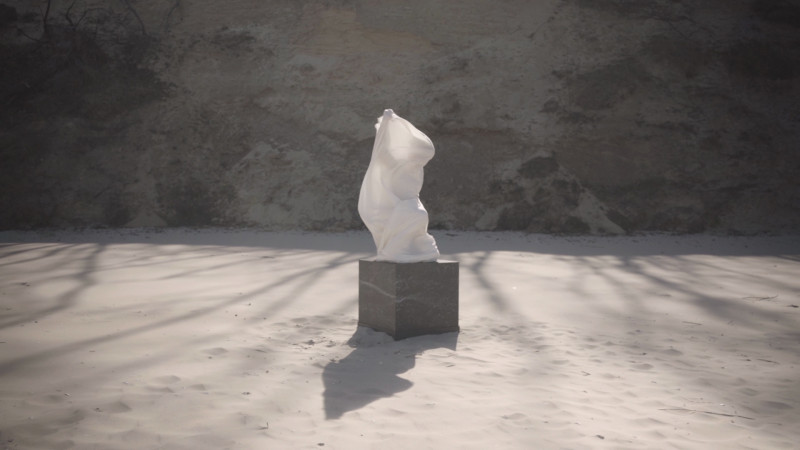 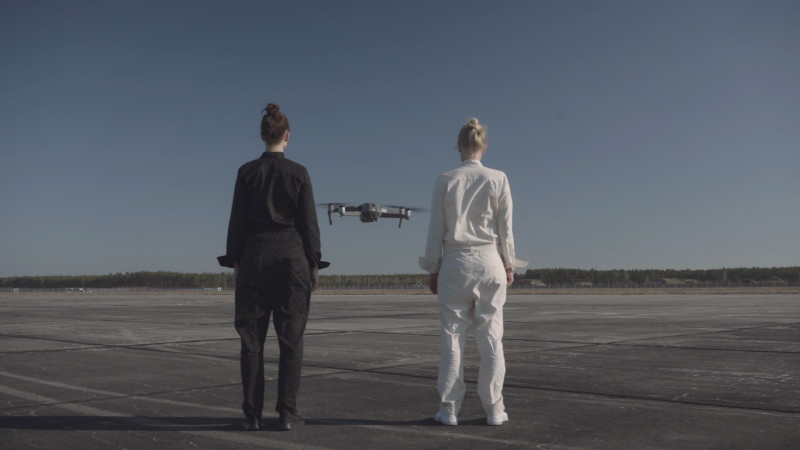 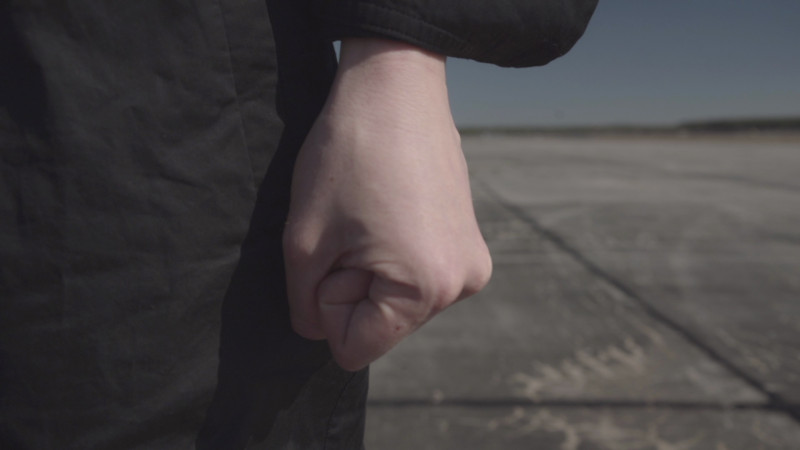 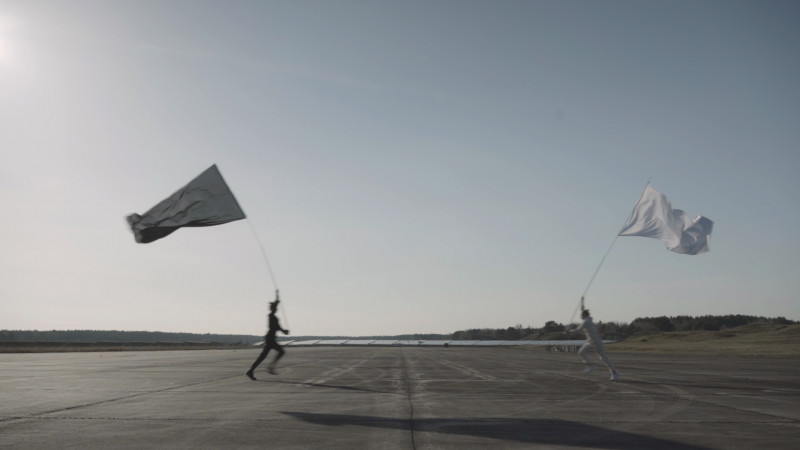 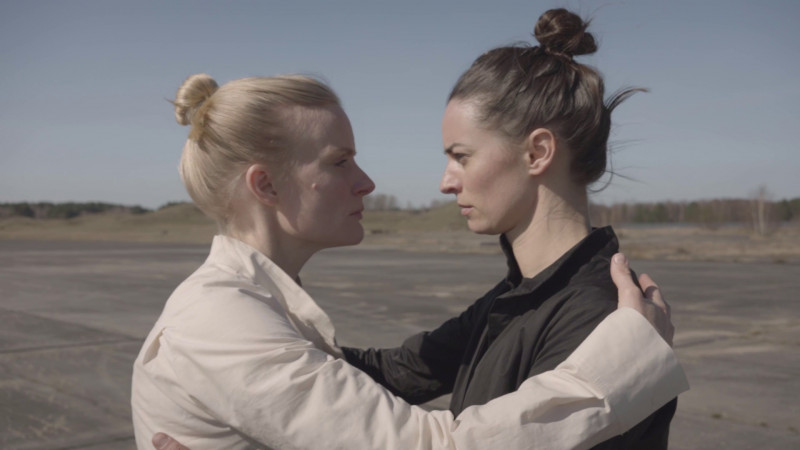 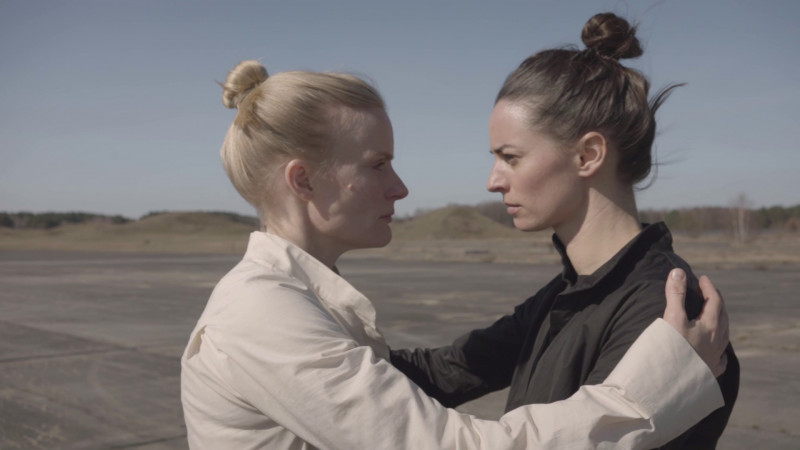 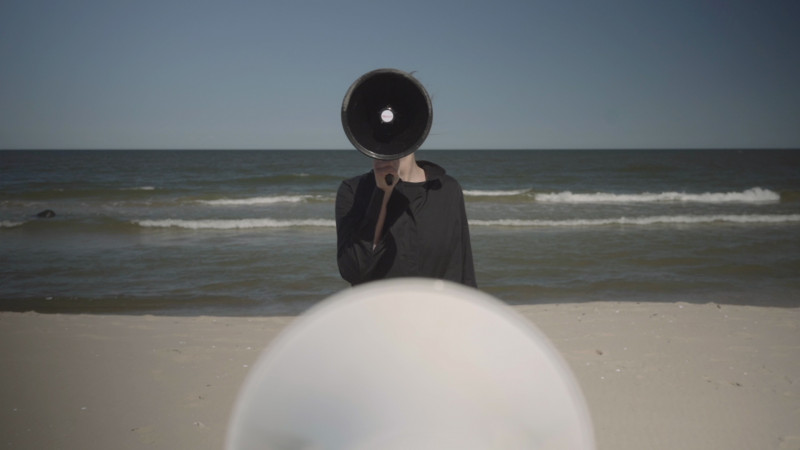 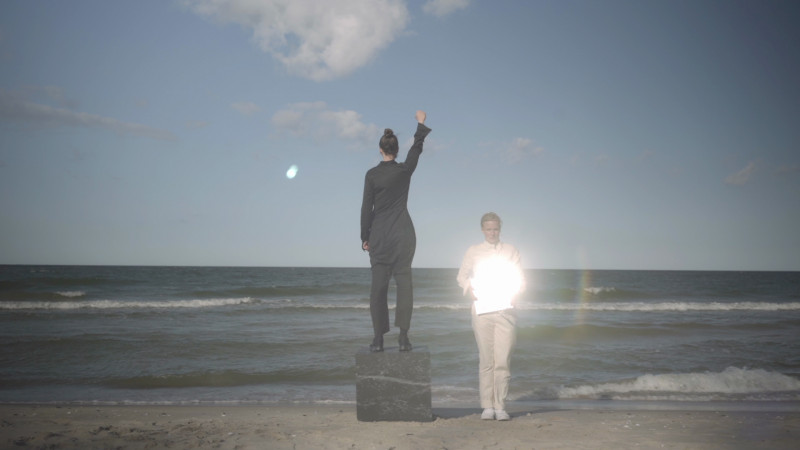